Friday, July 6th "Houston We Have a Problem" 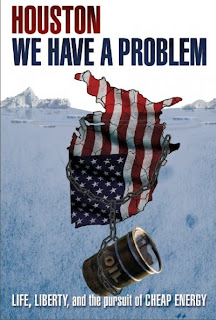 Life, Liberty, and the pursuit of cheap energy. Step inside the energy capital of the world to hear the truth about oil, straight from the hearts of the Texas oilmen themselves. See decades of American presidents who have warned against the dependence on foreign oil and how the U.S. Energy Policy has always been a strategy of Defense, not Offense. Today, in the midst of Global Warming and Peak Oil, the world’s energy demand is skyrocketing. Aggressive strategies for securing Crude now go to the highest bidder or the biggest bully. Hear the confessions of oilmen who work in the trenches every day, scrambling to feed America’s ferocious appetite even while knowing that this addiction to cheap oil will be the nation’s downfall. Houston We Have a Problem makes it crystal clear that we must embrace all forms of alternative energy to save the planet and ourselves.

First Friday Films is a monthly film series brought to you through a partnership with the National Park Service and the Division of Environmental Quality (DEQ), with generous support from community groups. This particular film is provided by the Humanities Council. For planning purposes, the movie runs about 80 minutes long. As always, First Friday Films is free and open to the public.
Posted by Kaity Mattos at 8:02 AM