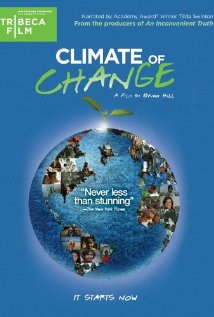 First Friday Films will be featuring Climate of Change, an incredible, award-winning documentary shot across four continents. Showtime will be on March 2, 2012, 6:30pm at the American Memorial Park Visitors Center.
Directed by Brian Hill and narrated by Oscar winning actress Tilda Swinton, Climate of Change tells several stories of determined everyday global citizens and their efforts to combat human-induced climate change.  The film makes a strong case for the role of individuals in saving the planet and a powerful call to act.
Additionally, Dr. Jeff Maynard, a visiting research scientist specializing in climate change impacts and environmental risk in the Pacific, will be speaking before the film about his experiences studying the biology of global environmental change.
For planning purposes, the movie will run about 90 minutes. As always, First Friday Films is free and open to the public. First Friday Films is a monthly film series brought to you through a partnership with the National Park Service and the Division of Environmental Quality (DEQ), with generous support from community groups and organizations, such as the NMI Council for Humanities who sponsored this film.
Posted by Kaity Mattos at 9:10 AM