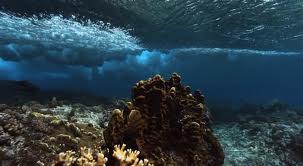 
The South Pacific is still relatively healthy and teeming with fish, but it is a fragile paradise. International fishing fleets are taking a serious toll on the sharks, albatross and tuna, and there are other insidious threats to these bountiful seas. Worst of all are ecological threats, notably global warming, which causes rising sea levels as well as climatic changes including storms and floods. This episode looks at the conservational measures, such as reserves and replanting coral reefs and what is being done to preserve the ocean and its wildlife.
For planning purposes, the movie runs about 50 minutes long. As always, First Friday Films is free and open to the public.
Posted by Aric Bickel at 2:45 PM