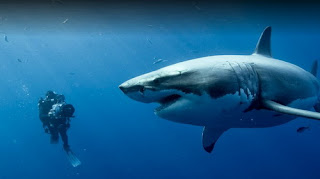 Disney’s OCEANS will be featured at the next First Friday Films event – the first film for 2011. Bring the whole family to enjoy this beautifully shot movie on Friday, Jan. 7 at 6:30 p.m. at American Memorial Park.

Nearly three-quarters of the Earth’s surface is covered by water and OCEANS boldly chronicles the mysteries that lie beneath. Directors Jacques Perrin and Jacques Cluzaud dive deep into the very waters that sustain all of mankind—exploring the harsh reality and the amazing creatures that live within. Narrated by Pierce Brosnan and featuring spectacular never—before—seen imagery captured by the latest underwater technologies, OCEANS offers an unprecedented look beneath the sea in a powerful motion picture.

The Pacific Historic Parks (formerly the Arizona Memorial Museum Association) Bookstore, located inside the visitor’s center, will be open until 8:30 p.m. All proceeds go to community education programs.

First Friday Films is a monthly film series brought to you through a partnership with the National Park Service and the Division of Environmental Quality (DEQ), with generous support from community groups such as the Mariana Islands Nature Alliance (MINA).

For planning purposes, the movie runs about 80 minutes long. As always, “First Friday Films” is free and open to the public. Subscribe to this blog for regular updates on upcoming events.