TRASHED to be shown on October 1st


The end of September brings us the 25th annual International Coastal Cleanup, where thousands of volunteers take to coastal areas around the world be pick up garbage.  To coincide with this event, the First Friday Films series will feature TRASHED - the story of garbage...American style. 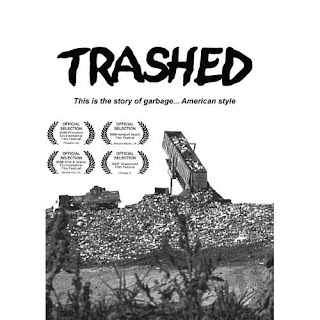 Official selection of the Newport Beach Film Festival, TRASHED takes us headfirst into the world of garbage.  The documentary aims to show the world just what happens to solid waste after it leaves our hands and homes.  With staggering facts such as 370 million tons of trash land-filled annually, or 1.37 billion cubic kilometers of ocean full of plastic, TRASHED encourages viewers to rethink the way that we consume products, reconsider the amount of waste we produce, and refocus on the pervasive environmental issue of over-consumption.

Please join us for this eye-opening look at the effects that our throw-away culture is having on the environment.  The film will be shown at the American Memorial Park Visitor's center at 6:30pm on October 1st.  As always, it's FREE!

You can see the trailer and find more information about the film here.

"Pulitzer price winning author Russell Baker once said "The American dream is to turn goods into trash as fast as possible." Nowhere is this better illustrated than in Bill Kirkos' film Trashed. This film is a must see."